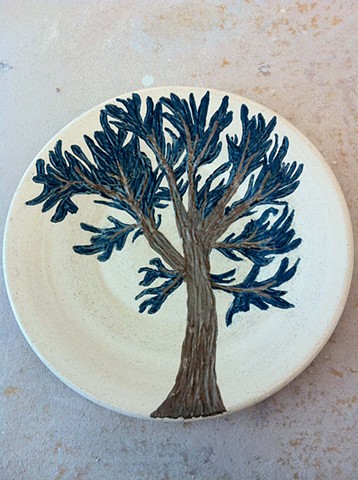 I rather doubt our president has ever sat under a Whitebark pine tree.

I also doubt that he, has ever heard the Northern Leopard Frogs singing, in Grand Teton National Park. I haven't ever heard them either.

In dry pages I have read that the frogs would sing their hearts out, on summer nights, that the park was alive with their voices, but now I only hear silence. The last time anyone saw a Northern Leopard frog was in 1995. A child handed one to a park ranger, and they were never seen again.

Some people say the Whitebark pine is the "Soul of Yellowstone" the foundation of all living things in the high mountains they only can be found above 8,500 feet where the wind whips right through your jacket and the snows last to July.

They are big and gnarled and survivors. they were old when the Vikings first came to America, they were old during the first crusades. To sit under a Whitebark is to know wisdom and time.

To sit under a Whitebark pine is to feel alive in the chill air, the treeline whirs in motion around them Grizzlys depend for winter fat to hibernate, squirrels and nutcraker birds feed on their bounty, with them there is plenty.

But no longer, in the eastern Yellowstone the trees are already too far gone. They will all be gone, very soon. without the Whitebark the high-country cannot survive.

We had a chance you see but they are ignored and will slip away, just a memory in the hearts of those who loved them. To sit under a Whitebark pine is to feel the life and pulse of Yellowstone, to feel its soul.

My mother likes to tell me how wonderful the American Elm trees were, how beautiful the American Chestnut before them, they are gone from our forests forever, I will, heartsick tell my children the same about Whitebark pines.

When I am old I will trudge to the high mountains I love to search the same for the Whitebarks, to hear the chitterling of squirrels, the call of nutcracker birds and the sound of young grizzly cubs at play.

But I will only have my memories and the only sound will be the cold wind through millions of dead and empty trees that once gave the west its soul.